Open Door has been in business for 30+ years and it hasn’t been easy. Not everyone wants to see us helping reduce gang violence and recruitment. It’s not the easiest life to lead when you’re an anti-gang activist and organization. We are truly thankful that Terrance Roberts was acquitted. 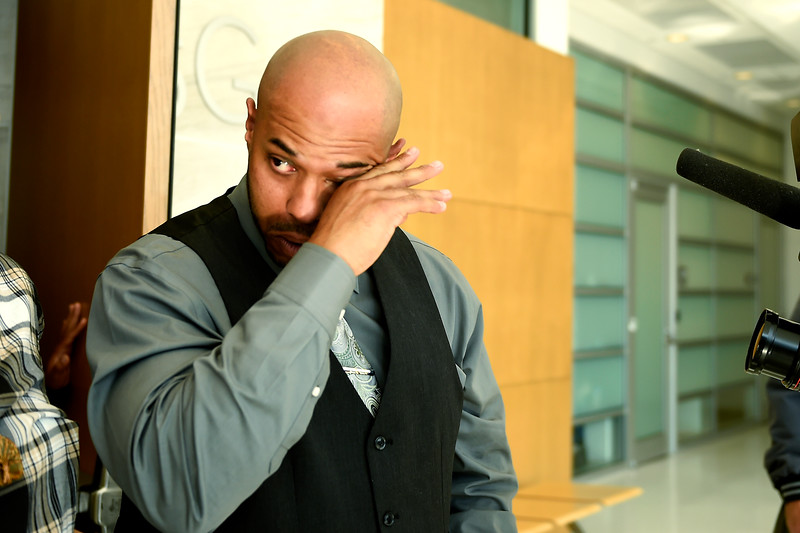 Anti-gang activist Terrance Roberts wipes his eyes as he leaves the court room after his attempted first-degree murder case is over. “Not guilty” on all counts. Denver, CO October 09, 2015 (Photo By Joe Amon/The Denver Post)

Summer of Peace: A Generational Fight Against Gangs in Denver

Makia Peevy joined the hundred or so marchers calling for peace. Her father was gunned down in April outside his Denver home, and shots fired at mourners gathering for his funeral weeks later killed one of her cousins. Police linked both deaths to gang violence. 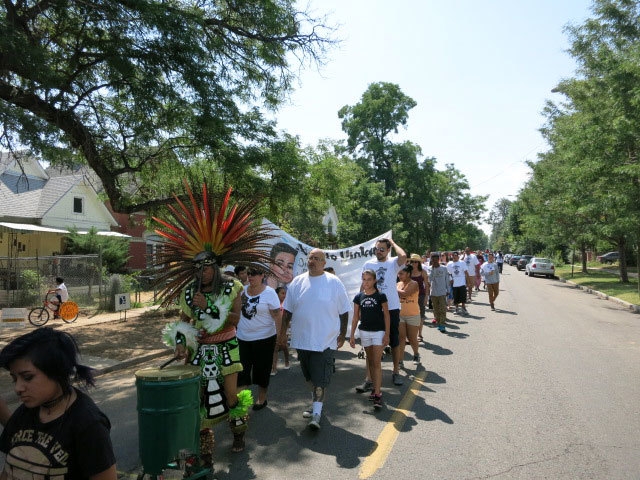 Click here to read the rest of the article!

Denver police arrest hundreds as part of a crackdown on gangs

Check out the article on the police crackdown

Denver police say their recent crackdown on gang members in northeast Denver has reduced the number of shootings between April 27 and June 1. During that period, police reported the following activity:

Nolan Ware Jr. kisses his grandmother Tonia White while visiting his father’s grave in late May, as cousin Audric White Jr. stands nearby. Nolan Ware’s shooting death on April 25 was one of three killings in the month that led Denver police and federal authorities to crack down on gang violence in the city. No gang-related killings have been reported since April 28. Tonia White visits her son’s grave at least every other day. His death, she says, has shaken her to her very core. (Joe Amon, The Denver Post)

Rev. Leon Kelly receives Certificate of Recognition from The Way to Happiness Foundation 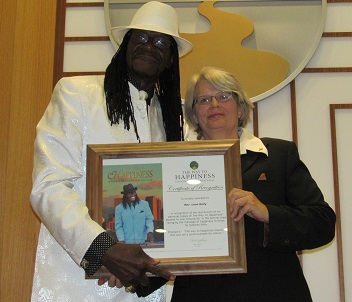 The Department of Corrections Flippin’ the Script program recently celebrated its 24th graduation. Rev. Kelly runs the program weekly with men and women who are working to make a new life for themselves.  Rev. Kelly celebrates their accomplishments in a graduation because, as he often says, “these are people who haven’t experienced that kind of acknowledgement.”

During the ceremony, Rev. Kelly often mentioned The Way to Happiness, pointing out that while he is a Christian, he works with any person of any denomination willing to help him keep kids off the streets and out of gangs.  He was honored with a Certificate of Recognition, signed by the President of The Way of Happiness Foundation International, Caralyn Percy, and presented by Susan Gaut, Director of  Special Affairs at the local Church of Scientology. The certificate noted that Rev Kelly was  precept #6, “Set a Good Example,” personified.  The Foundation congratulated Rev. Kelly on all his good works in the community, and thanked him for his association with The Way to Happiness

The invocation was given by Pastor Robert Kimbel with New Birth Church.  Lloyd Lewan, Founder of Lewan and Associates and the Lewan Family Foundation, and Denver Sherriff Department Chief, Gary Wilson, addressed the crowd gathered in the community space at the Church of Scientology in the Ballpark neighborhood.  The message was consistent: the men and women graduating can inspire others in the community to make the right choices because of the path they have chosen.
The keynote address was delivered by the Director of Colorado Bureau of Investigation, Ron Sloan. A Denver native, Sloan told the crowd that he could have easily been sitting where they are—post prison and forging new lives without crime.  Sloan related that he’s never forgotten his Denver neighborhood and how easily he could have gone “the other way,” except he played football as a teenager. He reminded the graduates that “prison is not an option”—the mantra Rev. Kelly has instilled in them, and wished them well on their journey

The Unmaking of a Gang Leading

Listen to this interview with Tay Ramey who speaks about street life to straight life and what made him choose both these paths.

“Lamonta Ramey was formerly at the top of a large gang and headed what the FBI described as a “multi-state drug empire.” He is now serving a life sentence. In this interview he speaks with brutal openness about the factors that propelled him into a life of crime and the elements that most helped him turn his life around.”

Find out more about Tay Ramey at his website here