Renowned gang interventionist wants to retire, but there’s no one to replace him

For 36 years, Reverend Leon Kelly has been intrinsic to the fight against gang violence. Now, he’s having trouble retiring.

DENVER — For 36 years, Reverend Leon Kelly has been monumental in the fight against gang violence.

He started one of the oldest anti-gang programs based in Denver: Open Door Youth Gang Alternatives. Kelly has been a member of the California Gang Investigator’s Association and developed a program with the Colorado Department of Corrections called “Flippin’ the Script.”

Kelly has worked with governors, law enforcement and journalists to help turn people’s lives around. He meets young people where they are, redirecting their lives and many times saving them from more gang violence. Kelly works closely with funeral homes to keep gang-related services from turning violent and continuing the cycle of killing in Denver.

He is well respected in the community but said it’s time to make an exit plan.

“Sometimes I say, ‘I don’t want to do this anymore’,” he said. “I’ve buried more kids, buried more people, deal with so much grief and tragedy and drama – it’s not for everybody.”

He said he’s had trouble looking for more funding for his program and for someone to replace him.

“I’m not one to ask folks for a lot of things,” he said. “Maybe I need to get my ego out of the way and let people know what I need to keep going.”

What he needs, he said, is more funding to help hire full-time staff he could start training.

“We’re not one of these big agencies that get millions and millions of dollars to run preventative programs and things of that sort,” he said. “We are what we have been for these decades – doing so much with so little.”

As he reflects on all his accomplishments, Kelly said he should not be wondering who he’s going to leave in his place: “Who’s going to be in a position to be skilled and to take this baton to go forth?”

“I am not an android, people think I just got hidrotic fluid running through my veins – no I am human,” he said.

As part of a national trend, older gang members are asking younger recruits to carry out gang violence. 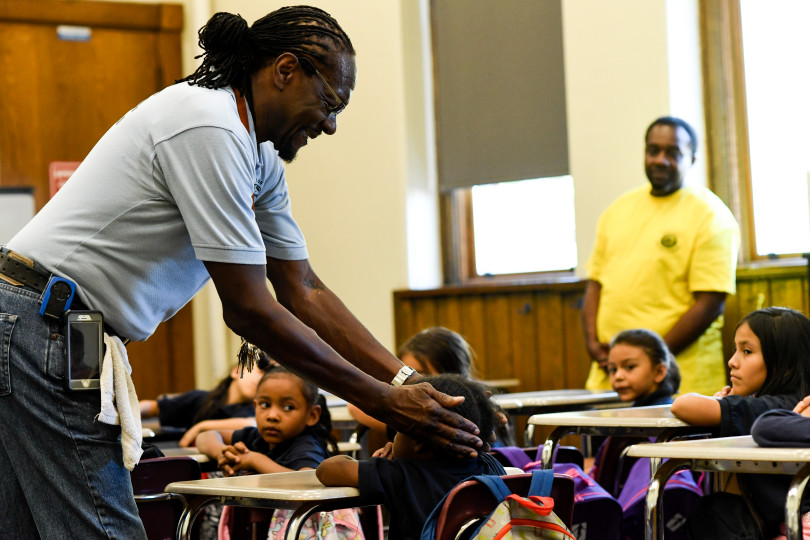 There were no gang-related homicides in Denver this year during what’s called the “90 Days Of Summer.”